Seoul, the Capital of Korea

Seoul is a fast-moving modern metropolis and one of the largest cities in the world. Home to over 10 million citizens, it is a friendly city that is easy to get around. Here are some tips to make your trip to Seoul more convenient and comfortable.

Seoul has been the capital of Korea for about 600 years since the time of the Joseon Dynasty (1392-1910). Seoul was referred to as "Han Yang" during the Joseon Dynasty, but after the liberation from Japan in 1945, the newly founded Republic of Korea officially changed its capital city's name to Seoul. Seoul has developed into a bustling metropolis, acting as the hub for political, economic, social and cultural matters. The Hangang River runs through the heart of the city. The river divides the city in two; the northern part of the city is a focal point for culture and history, while the southern part is well known for its business district.

Seoul has hosted many international events including: 1986 Asian Games, 1988 Olympic Games and 2002 Korea/Japan FIFA World Cup. The success of these events has shown people that Korea is truly an international city.

Seoul is a fast-moving modern metropolis and one of the largest cities in the world. Home to over 10 million citizens, it is a friendly city that is easy to get around. Here are some tips to make your trip to Seoul more convenient and comfortable. 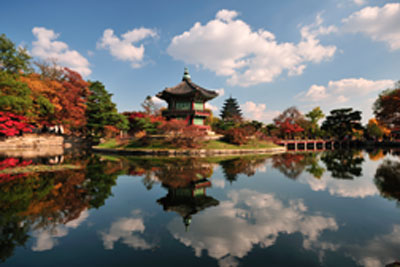 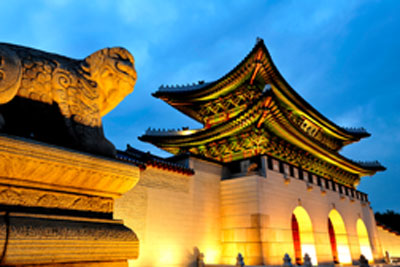 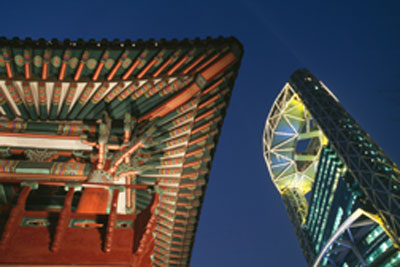 Seoul is a city full of joy. It will not allow you to get bored. Insa-dong is where you can see traditional Korean artisans, Itaewon is a little community where people from outside Korea hang out, stores downtown open till late so that you can shop till you drop, N Seoul tower and 63 city will show you an awesome view of Seoul at a glance, and amusement parks will give you a thrill while you stay in Korea.

City Tours are the most convenient and comfortable way to explore cities. The major sights and attractions of a city are presented on a single tour. Now City Tours are available in Seoul, Incheon, Suwon, Deajeon, Jeonju, Gwangju, Daegu, and Ulsan.
Nestled around the Hangang River is the Korean capital Seoul, a city of old and new. With thousands of years of history, Seoul has both well preserved royal palaces, historical relics, and cultural treasures as well as state-of-the-art facilities and infrastructures. The Seoul City Tour bus runs a course that covers major points of interest in the capital. 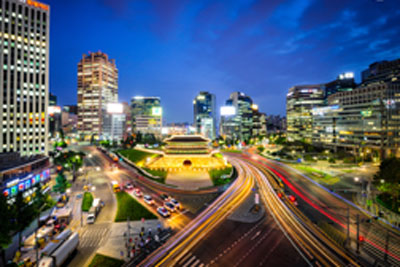 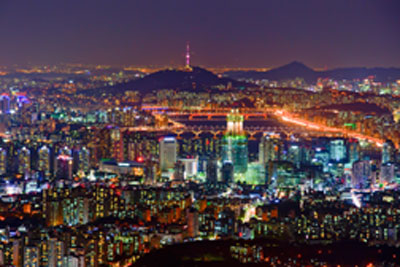 The Korean peninsula is located in North-East Asia. It is surrounded by the ocean on three sides, making it a unique geographical location. With Seoul as its capital city, the landsite is roughly 1,030 km (612 miles) long and 175 km (105 miles) wide at its narrowest point. Korea's total land area is 100,033 square km, neighboring Japan to the east, China to the west, and sharing a northern border with Democratic People's Republic of Korea (North Korea). 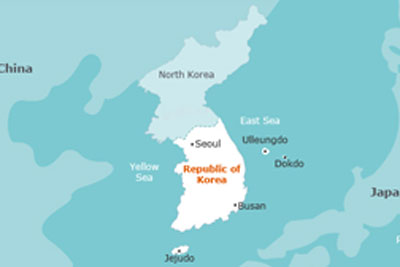 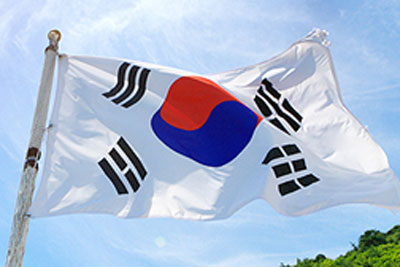 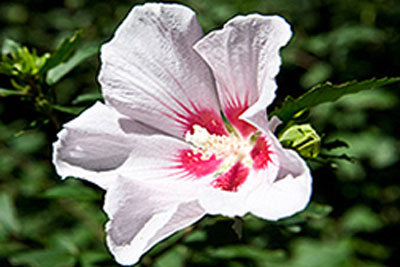 Taegeukgi : Its design symbolizes the principles of the yin and yang in oriental philosophy. The circle in the center is divided into two equal parts, where the upper red responds to the active cosmic forces of the yang; conversely, the lower blue section represents the passive cosmic forces of the yin. The flag's background is white, representing Korean’s desire for peace and purity. The circle is surrounded by four trigrams, one in each corner, characterizing continual movement, balance and harmony. Each trigram symbolizes one of the four universal elements (heaven, earth, fire, and water).

Mugunghwa : The national flower of Korea is mugunghwa, or rose of Sharon, which comes into bloom from July to October every year. Profusions of the blossom gracefully decorate the entire nation during that time, providing a view which has been loved by all Korean for many years. It is also favorite plant of the people as the flower’s symbolic significance stems from the Korean word ‘mugung’, meaning immortality. This word accurately reflects the enduring nature of Korean culture, and the determination and perseverance of the Korean people.

Aegukga : Aegukga literally means 'a song expressing one’s love towards their country' in Korean, and that was the exact reason this anthem came to be born. Since its creation, the song has undergone several versions of transition; however, it remained focused on praising the sense of loyalty to the country. Maestro Ahn Eak-tai (1905-1965) is credited with having made the present form of the song in 1935, which was then adopted by the Korean Government (1948) officially as the national anthem and began to be used at all schools and official functions.

According to the Ministry of Government Administration and Home Affairs, as of July 2015, the total population of Korea is 51,448,183, ranking 26th globally by country. Out of the total population, roughly 20% live in Seoul, the capital city of Korea. Other large and economically advanced cities such as Busan, Incheon, Daegu, Daejeon, Gwangju and Ulsan have higher population densities than other cities in Korea.

The Best of Seoul – Our Top 10 Tourists Attractions

From old to new, explore all that the city has to offer. Visit the best shopping districts, the top historical sites, and the places with the best views of the city skyline. Whether you prefer modern architecture or the charm of the royal palaces, there is something for everyone! 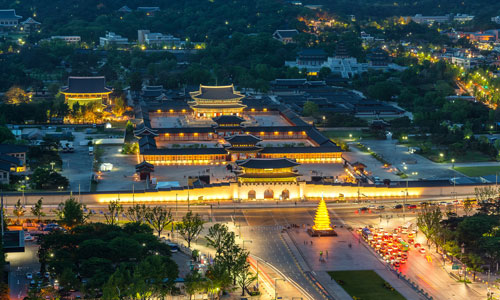 The oldest of Seoul's five royal palaces is also the grandest, with spacious gardens, monumental architecture, and lots of photo-ready scenic spots. 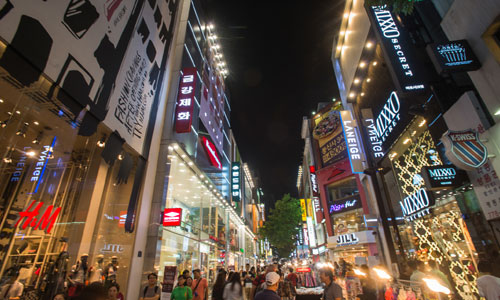 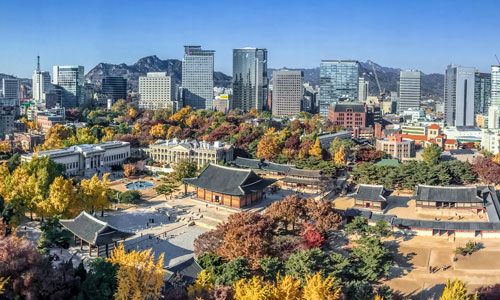 Deoksugung Palace is unique among Korean palaces in having a modern seal engraving and a western style garden and fountain. 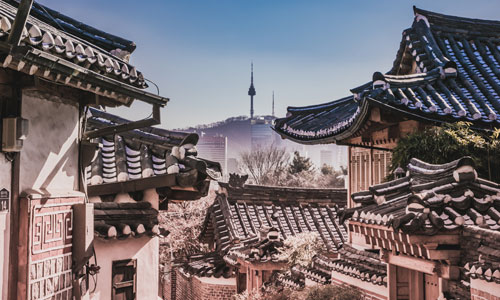 Seoul's most picturesque neighborhood is a maze of winding alleyways lined by hundreds of charming, Korean-style homes. 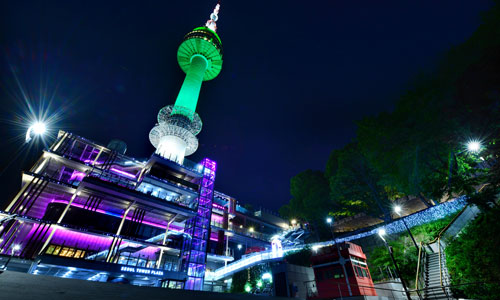 Visit Seoul's representative landmark, N Seoul Tower, to see views of the city that stretch from the Han River to Gangnam. 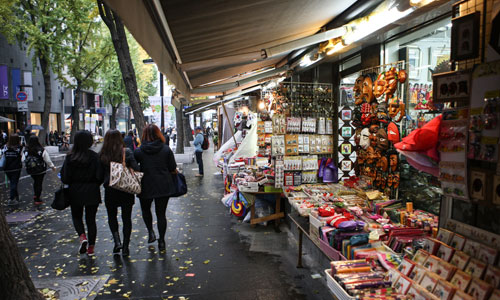 Find beautiful antique furniture, paintings, folk art and craft works at some of the many traditional Korean shops lining the streets of Insadong. 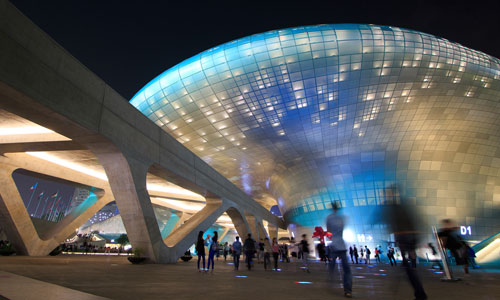 Boasting amazing architecture, this space is used for the latest and hottest exhibitions in Seoul. 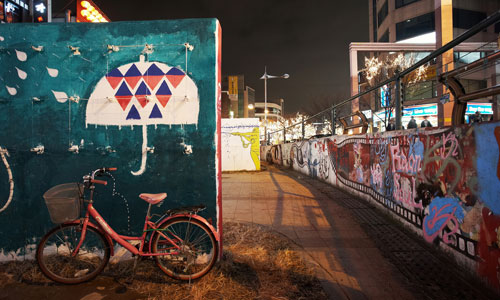 Most energetic at night, Hongdae is known for its cafes, clubs, wall murals, fashion, underground music and art festivals. 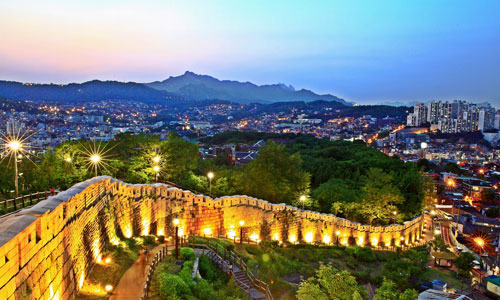 The wall, which follows the ridges of Baegak (Bugaksan), Naksan (Naktasan), Namsan (Mongmyeoksan) and Inwangsan, the four main mountains surrounding the center of Seoul, has been constantly managed since its initial construction in 1396. 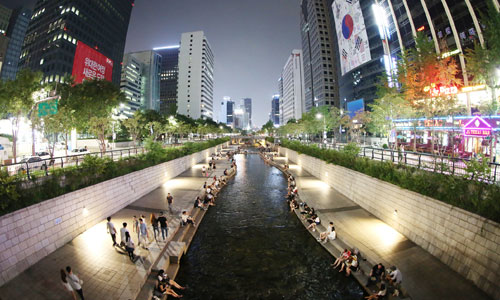 Cheonggyecheon is an 11 km long modern stream that runs through downtown Seoul.

In Korea, 220 volt outlets are most common. Some hotels provide 110 volt outlets for shavers.
Please check the power supply before use.